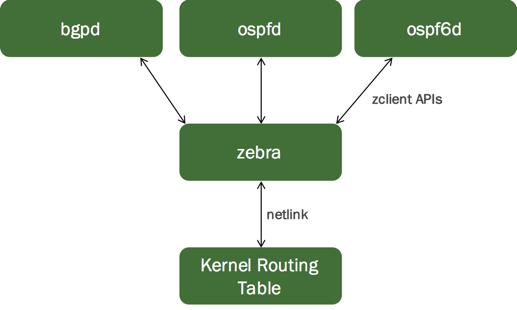 zebra is the daemon that resolves the routes provided by multiple protocols (including the static routes you specify) and programs these routes in the Linux kernel via netlink (in Linux). The FRRouting documentation defines zebra as the IP routing manager for FRRouting that “provides kernel routing table updates, interface lookups, and redistribution of routes between different routing protocols.”