The custom topology landing page is a blank canvas that you can use to design any network. 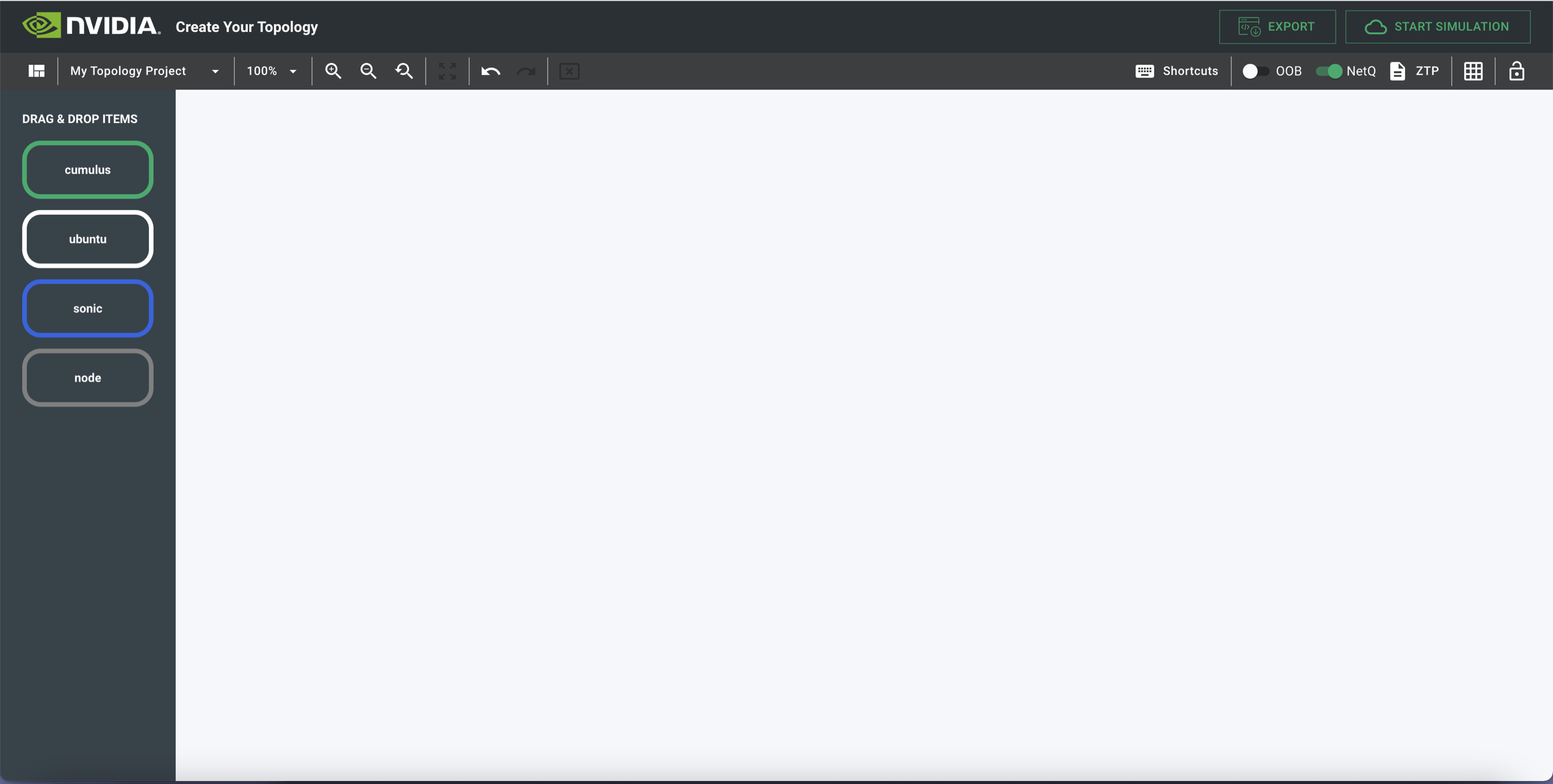 The toolbar at the top manages the topology. Clicking the default name My Topology Project provides additional management options.

To add a node, drag and drop it from the left panel. 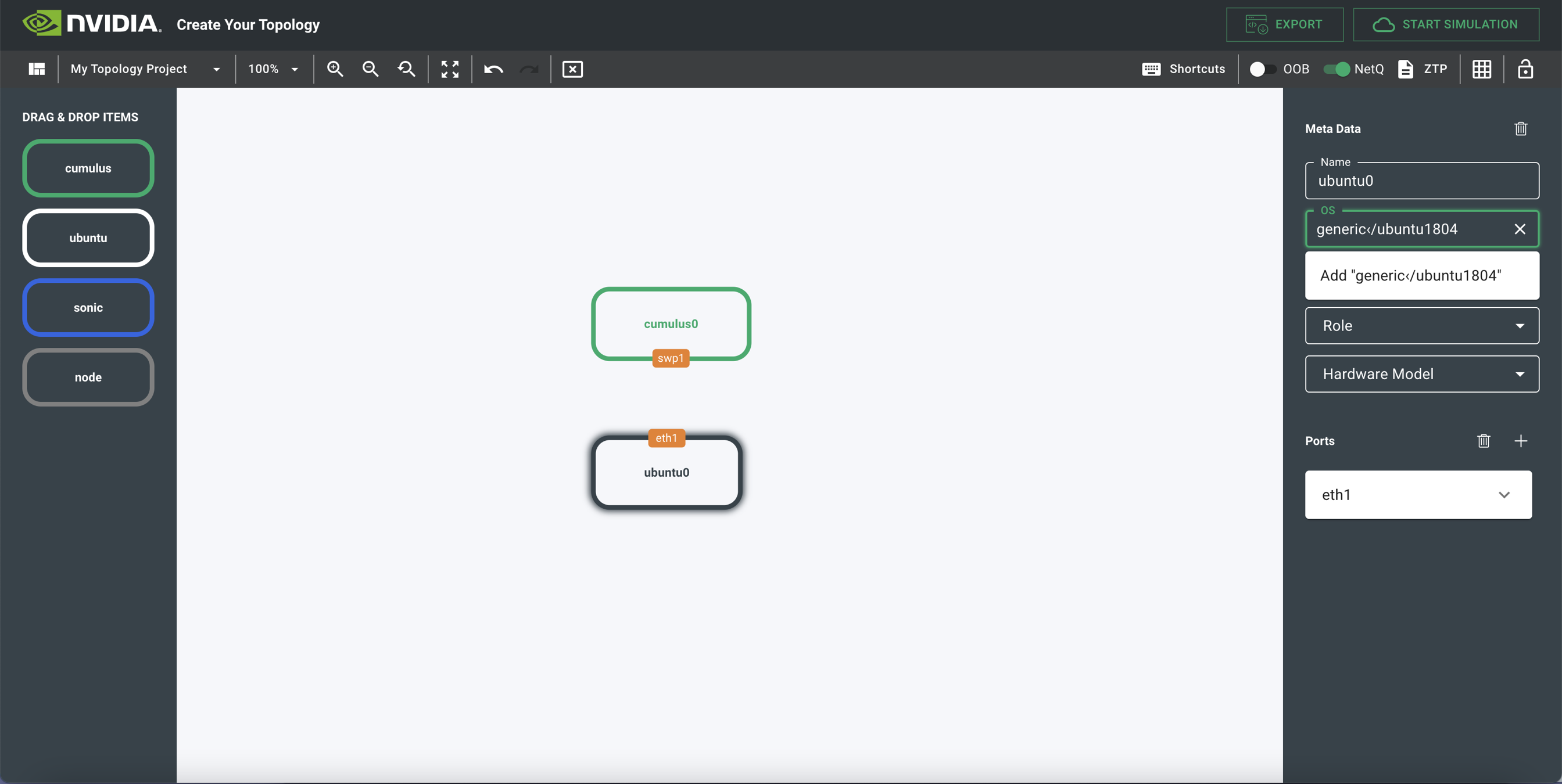 Once a node has been added, you can edit it as needed. Click the node to select it and configure it using the options in the right panel. 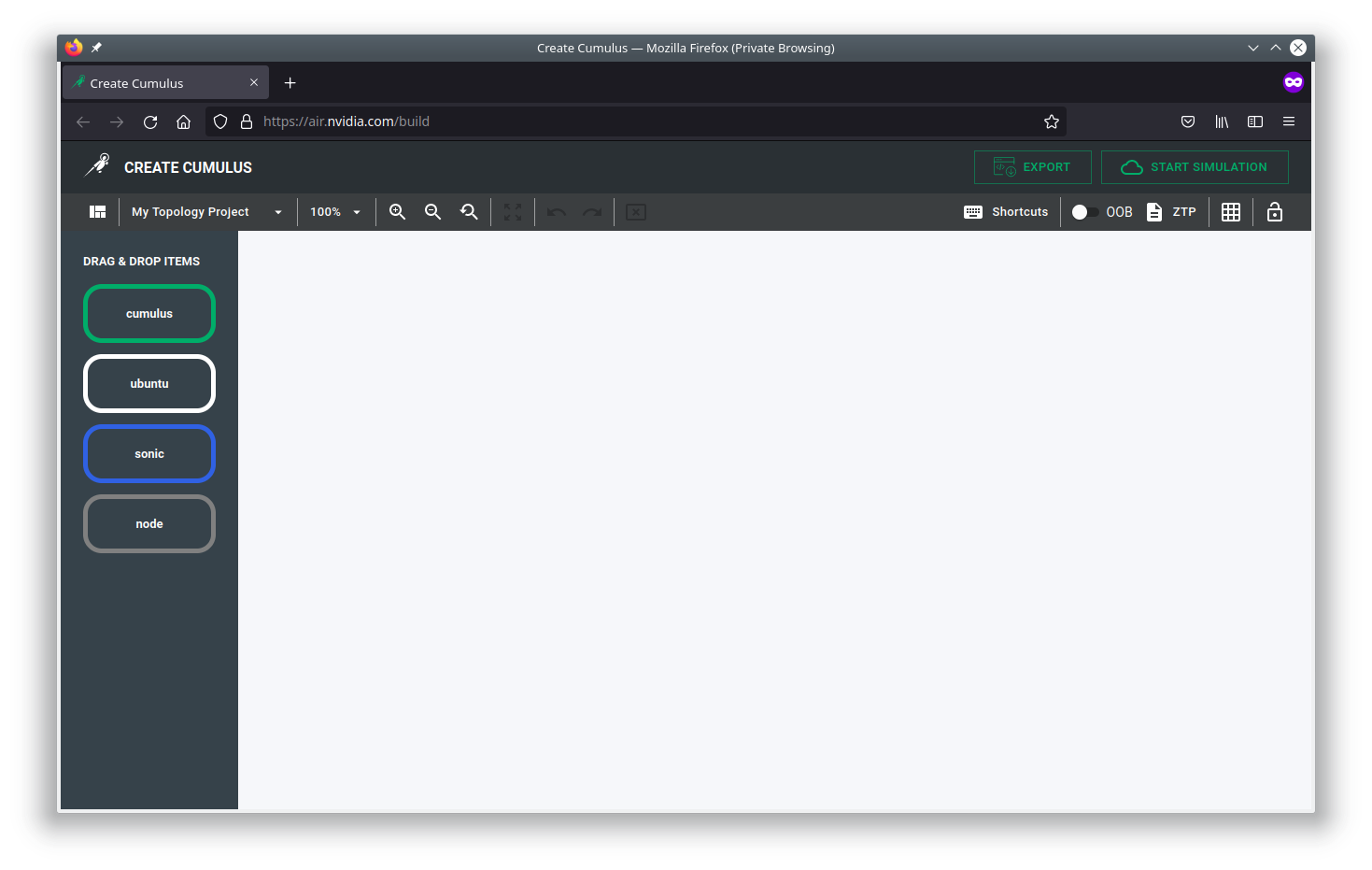 To connect two nodes together, click a port on one node and drag it to the port on the other node. This draws a line between the two ports to show the connection. 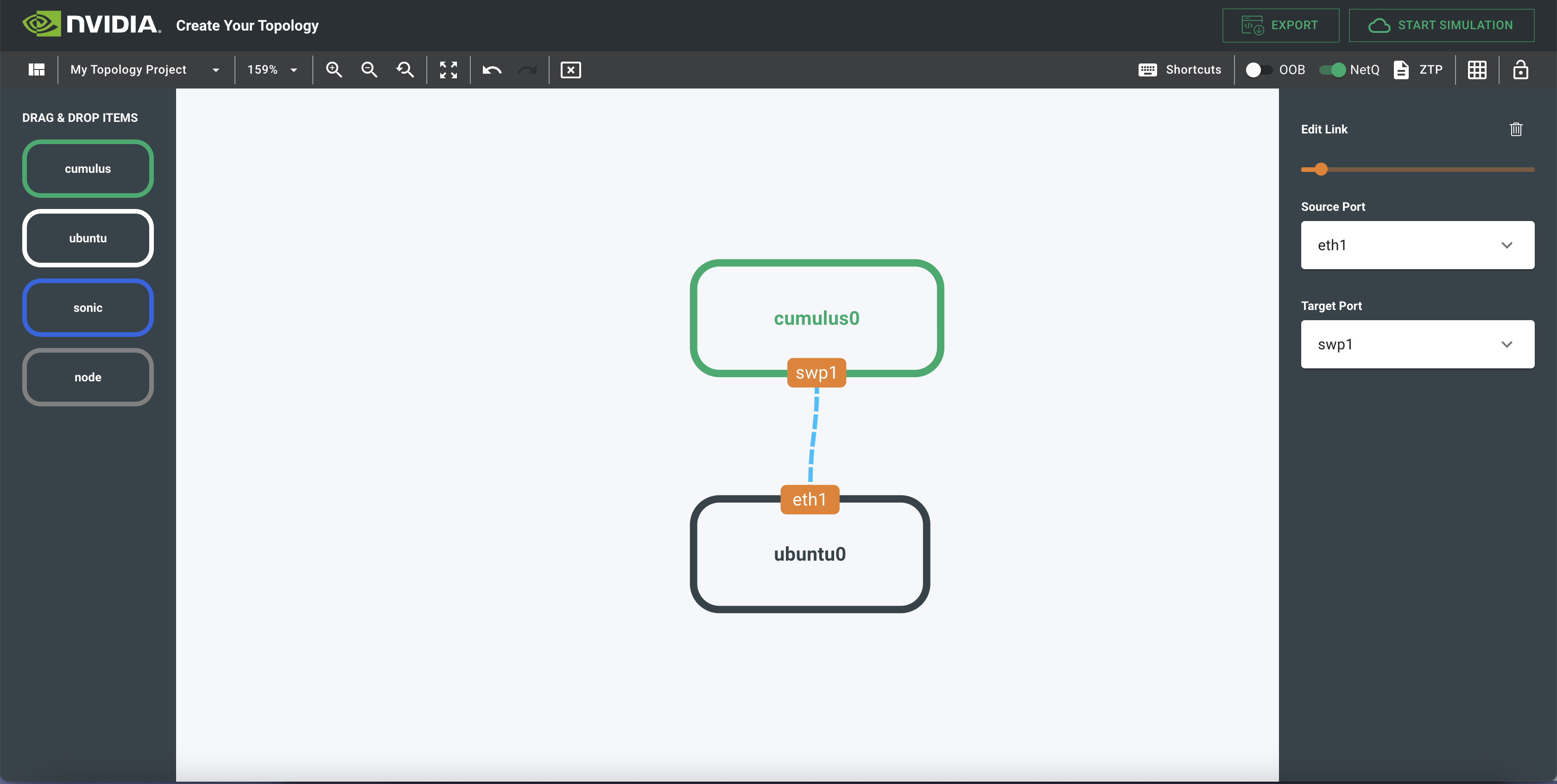 To export a custom topology, click Export Build in the drop down referenced in Canvas Overview above. This exports the custom topology in a GraphViz format so you can import it into the Air simulation platform to create a new custom topology. 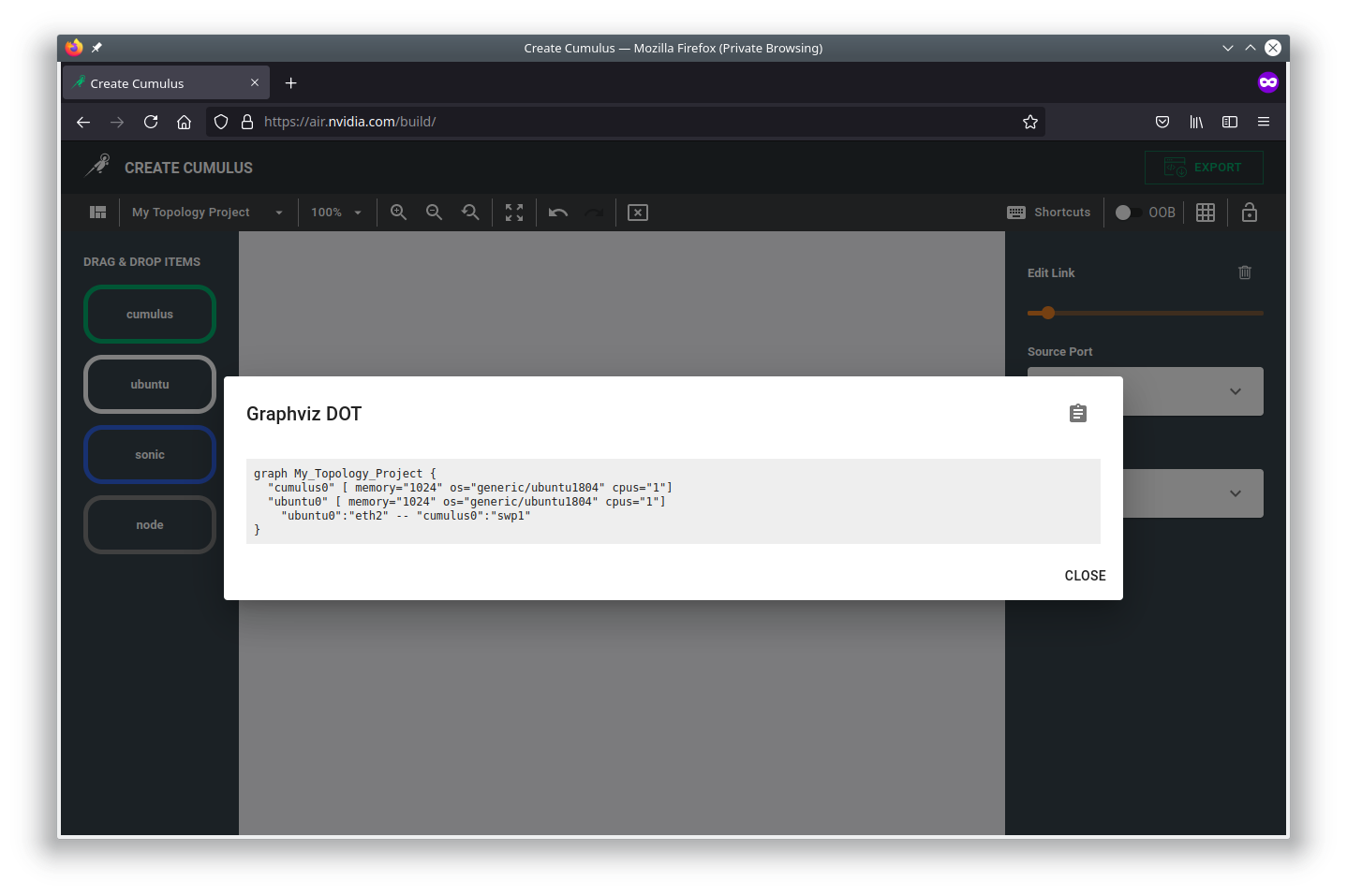