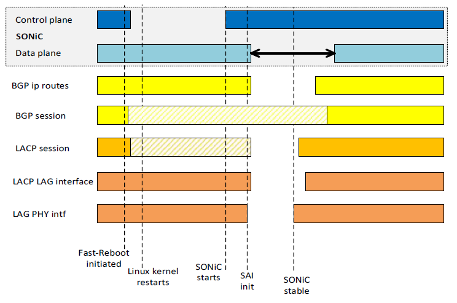 Fast reboot is initiated by running the /usr/bin/fast-reboot executable, a bash script. This script must be run when a switch is stable. The fast-reboot script does the following: