Mellanox NEO eliminates the complexity of fabric management. It automates the configuration of devices, provides deep visibility into traffic and health, and provides early detection of errors and failures. 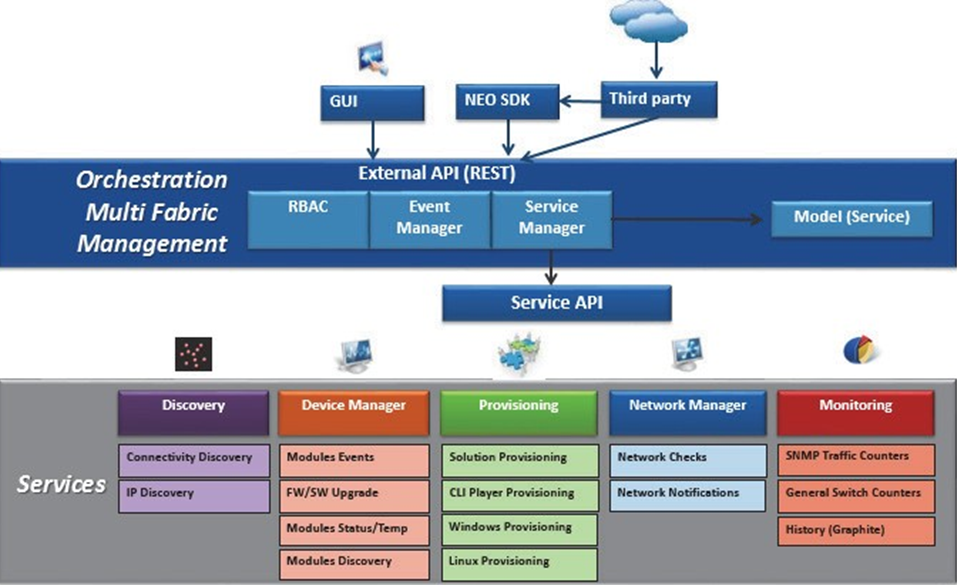 The Mellanox NEO Web GUI is the front-end of the application. It communicates with the Mellanox NEO REST API in order to retrieve and display the relevant information.

The Mellanox NEO controller is the central component enabling data collection from all the service providers. The collected data is maintained in a central repository. The controller exposes a Restful API that allows retrieving any type of information and running any type of supported actions.

The Mellanox NEO providers listed below are the data sources for the controller. Each provider is an independent process (service) which communicates with the controller.