Red Hat OpenStack Platform (OSP) is a cloud computing platform that enables the creation, deployment, scale, and management of a secure and reliable public or private OpenStack-based cloud. This production-ready platform offers a tight integration with NVIDIA products and technologies and is used in this guide to demonstrate a full deployment of the "NVIDIA Media Cloud".

NVIDIA Media Cloud is a solution that includes NVIDIA Rivermax library for Packet Pacing, Kernel Bypass and Packet Aggregation along with cloud time synchronization and OVS HW offload to the NVIDIA SmartNIC using the Accelerated Switching And Packet Processing (ASAP2 ) framework.
By the end of this guide you will be able to run offloaded HD media streams between VMs in different racks and validate that it complies with the SMPTE 2110 standards, while using commodity switches, servers and NICs.

The RH-OSP13 will be deployed in large scale and utilized as the cloud platform.

The compute nodes will be configured and deployed as “Media Compute Nodes”, adjusted for low latency virtual media applications. Each Compute/Controller node is equipped with a dual-port 100GB NIC of which one port is dedicated for VXLAN tenant network and the other for VLAN Multicast tenant network, Storage, Control, and PTP time synchronization.

Packet Pacing is enabled on the NIC ports specifically to allow MC (MultiCast) Pacing on the VLAN Tenant Network.

NVIDIA provides a Rivermax VM cloud image which includes all Rivermax tools and applications. The Rivermax VM provides a demonstration of the media test application and allows the user to validate compliance with the relevant media standards, i.e SMPTE 2110 (an evaluation License is required). 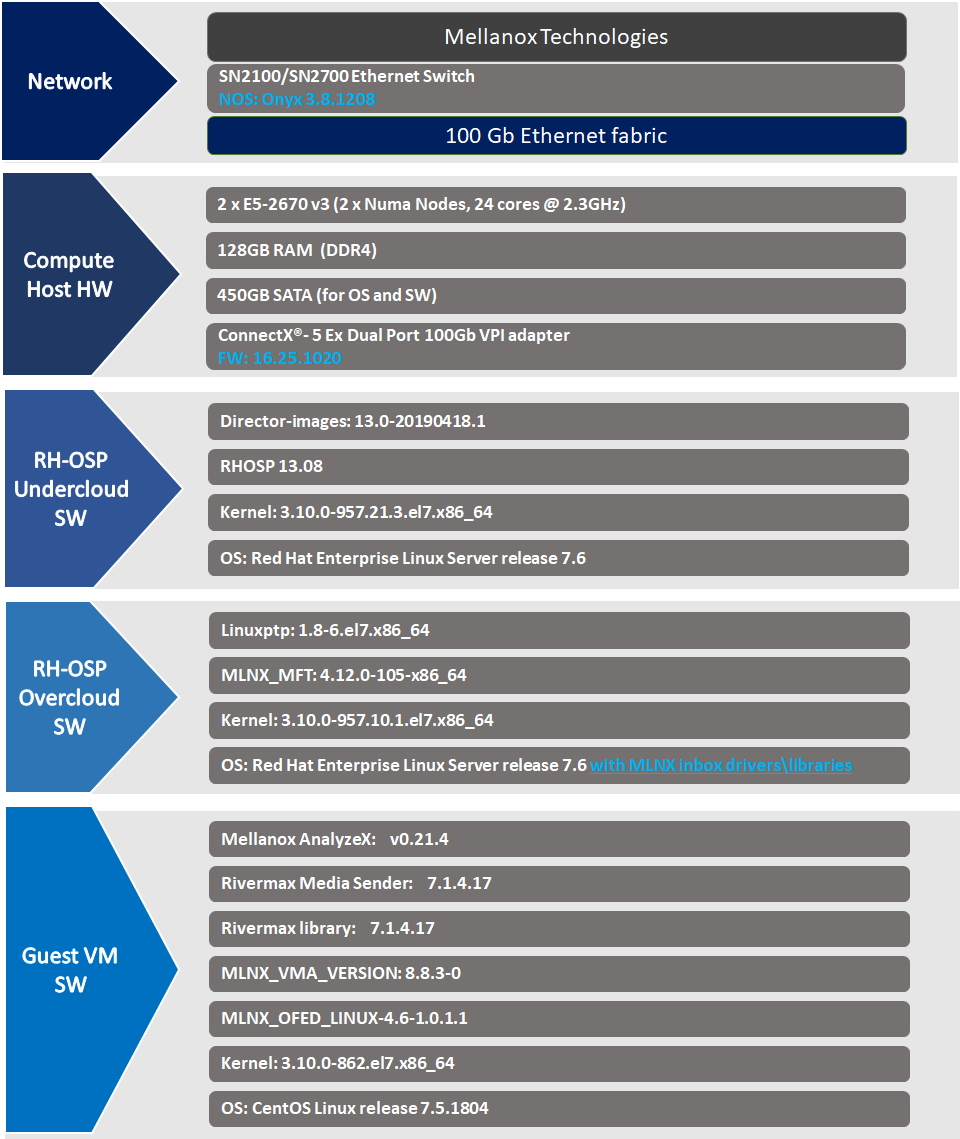 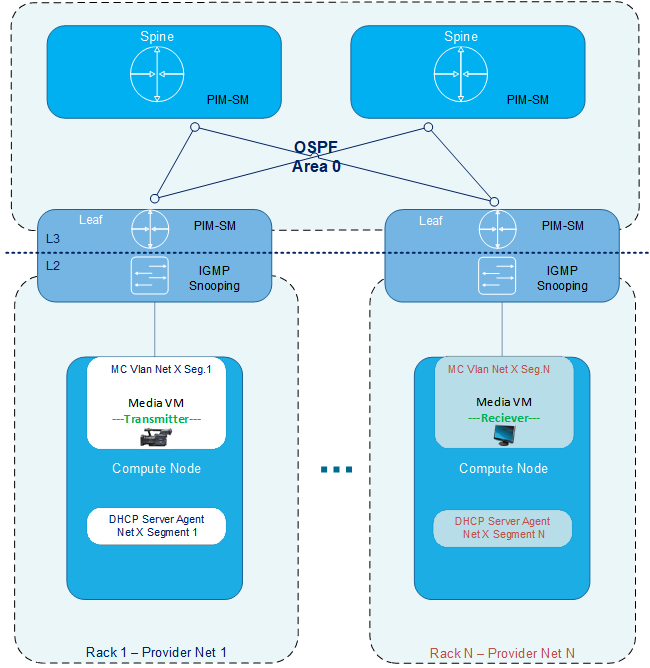 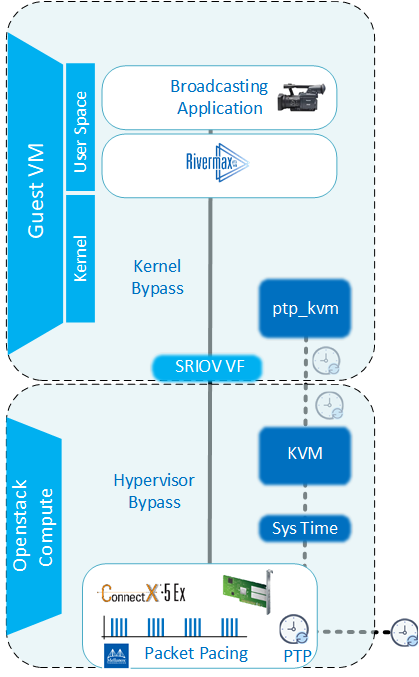 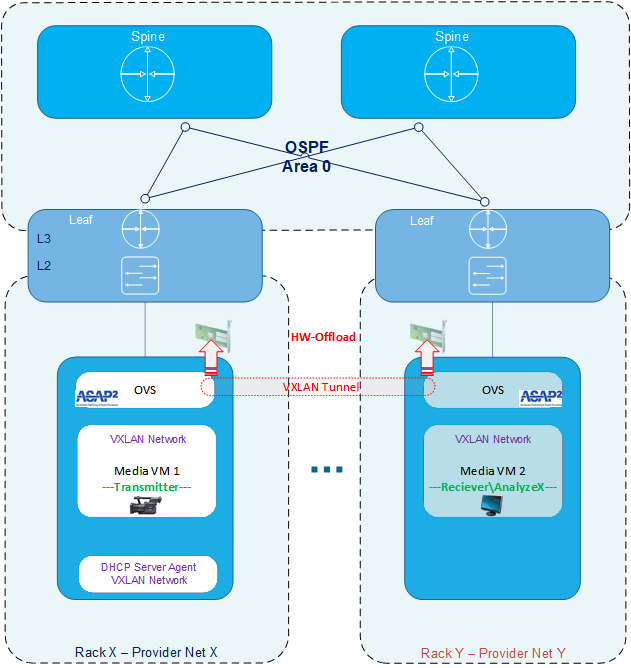 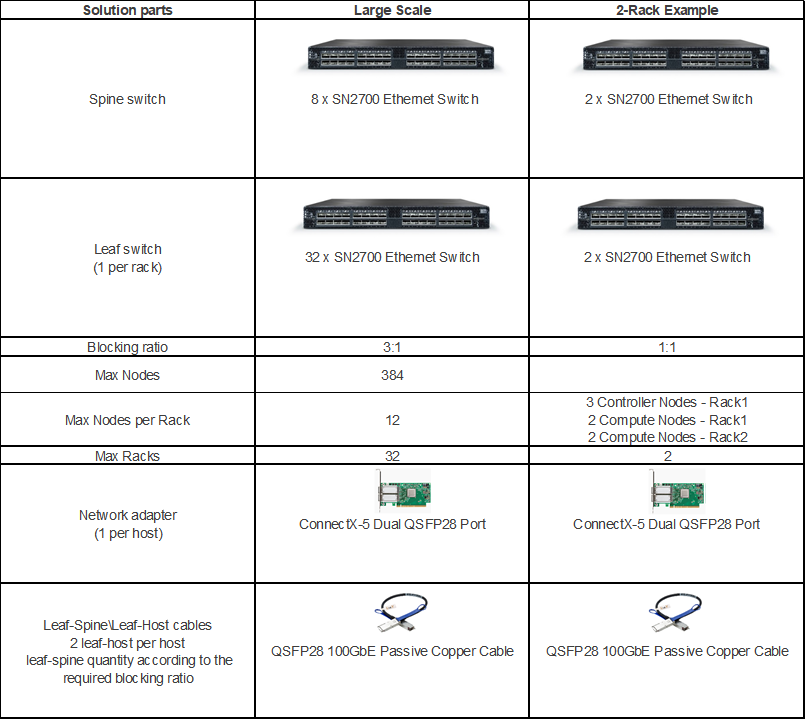 We chose the below key features as a baseline to demonstrate the solution used in this RDG. 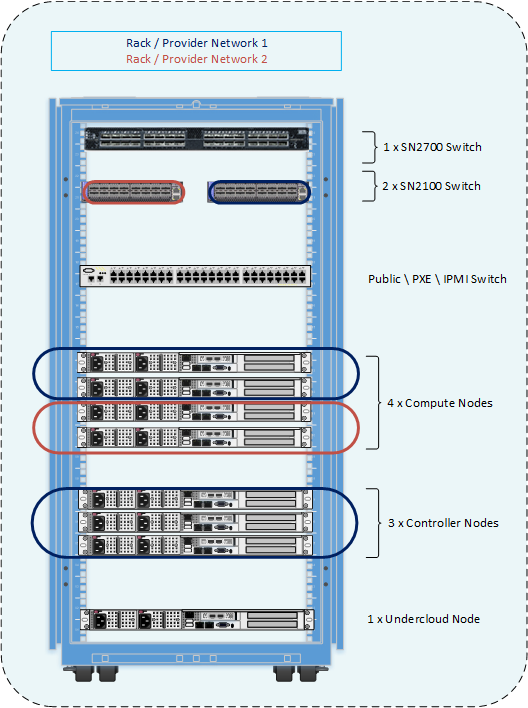 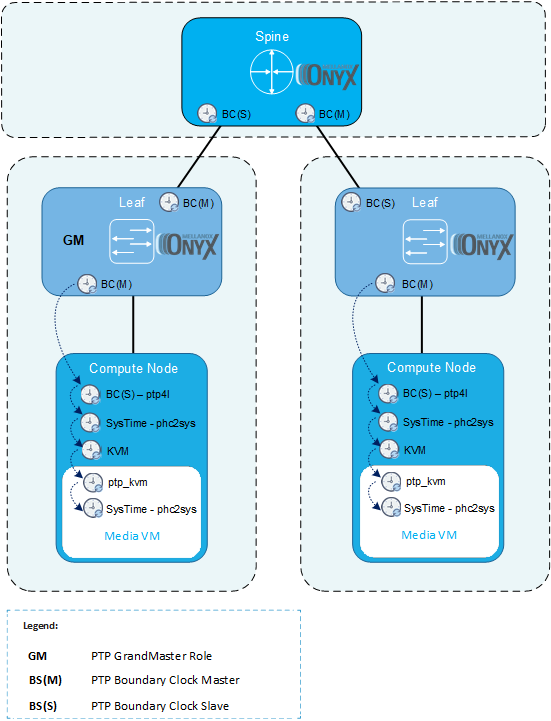 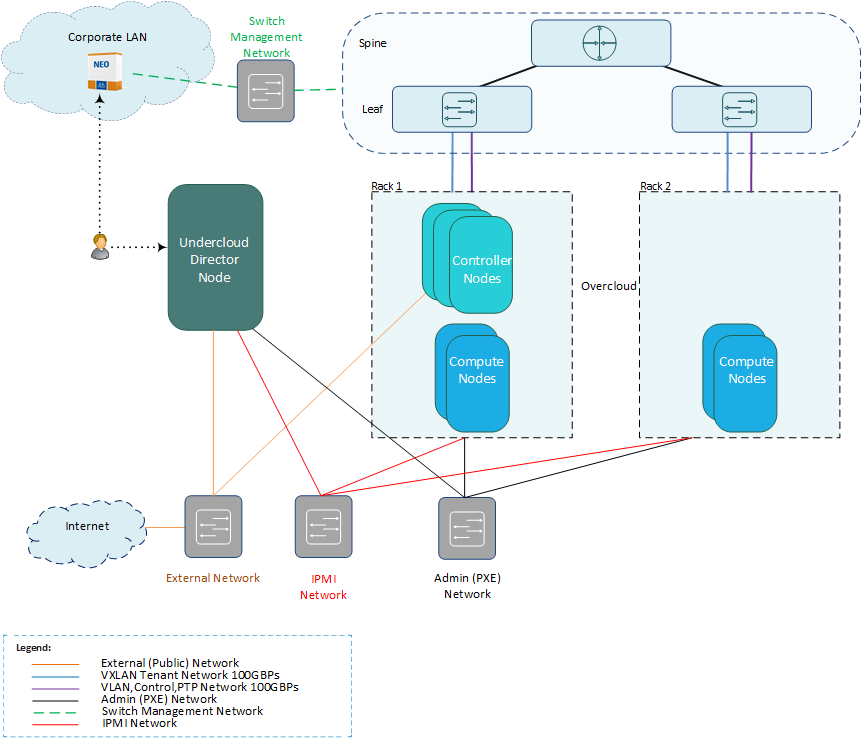 MC Max Profile must be set on all switches. This will remove existing configurations and will require a reboot.

Set the VLANs and VLAN interfaces on the Leaf switches according to the following:

Make sure that for all servers:

SRIOV configuration is disabled by default on ConnectX-5 NICs and must be enabled for every NIC used by a Compute node.

To enable and configure SRIOV, insert the Compute NIC into a test server with an OS installed, and follow the below steps:

Run the following command to go over all registered nodes and identify the interface names of the dual port NVIDIA 100GB NIC. Interface names are used later on in the configuration files.

Using the provided configuration and environment files, the cloud will be deployed utilizing:

In the section below we will cover two main use cases:

Next we will generate media standards compliant stream on VM1 and validate compliance using NVIDIA Rivermax AnalyzeX tool on VM2. The Multicast stream generated by VM1 will traverse over the network using PIM-SM and will be received by VM2 who joined the group. Please notice this stream contains RTP header (including 1 SRD) for each packet and comply with known media RFCs, however the RTP payload is 0 so it is cannot be visually displayed.

In the last step we will decode and stream a real video file on VM1 and play it in the receiver VM2 graphical interface using NVIDIA Rivermax Simple Viewer tool.